Stay up to date on the exciting events that happen with Tower MSA and our industry. 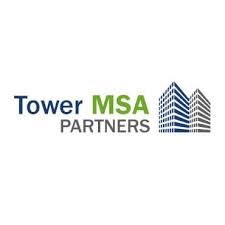 Business Insurance’s Louise Esola wrote a nice article on a new law – the PAID Act – that clarifies expenses that workers’ comp insurers  may have to reimburse. The article quotes Tower’s Chief Compliance Officer, Dan Anders, who explains how a new law would  make it easier for workers’ compensation and liability insurers to determine if Medicare eligible claimants are or were members of Medicare Advantage and Part D Rx Drug Plans.  Anders says:

“When preparing to settle a comp claim “everybody thinks we are hunky-dory, and they go and settle the case and a few months later (Medicare) Advantage comes in and sends in a reimbursement claim,” said Mr. Anders, who applauded the change. “This gives (insurers) better information that when the case is settled there won’t be any surprises. … They can investigate any claims for reimbursement and make sure that is resolved, so there are no issues months, years down the road.”